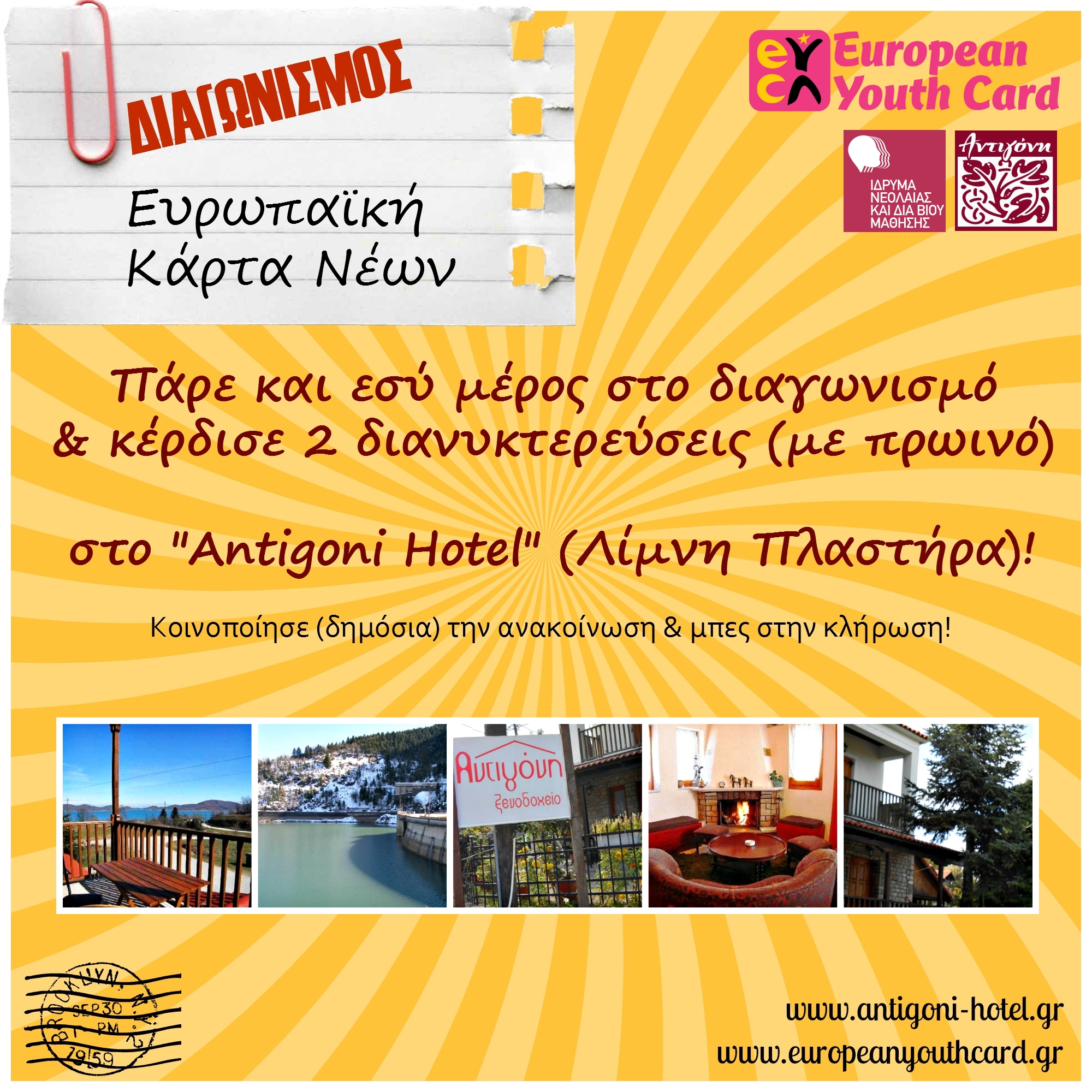 Share (public share) the competition’s announcement on your facebook wall and win:
Two (2) days, including breakfast in a double room at Antigoni Hotel by lake Plastira (www.antigoni-hotel.gr)!!

Entitled to participate are those who hold a valid European Youth Card that has not expired by April 24th 2015.

The names of the winner and 5 runner-ups shall be announced on 28/04/2015 via an announcement on European Youth Card’s Facebook page and on www.europeanyouthcard.gr

The winner must confirm that she/he accepts her/his prize until 29/04/2015 at 12:00 by sending an email to europeanyouthcard@inedivim.gr . There, her/his European Youth Card Code must be stated.

Check out the terms of the contest (in Greek) HERE

WINNER OF THE CONTEST – Antigoni Hotel:

The winner must confirm that she accepts their gift by Thursday 29/04/2015 at 12:00 by sending an email to europeanyouthcard@inedivim.gr.